DESCENT INSIDE THE ICELANDIC VOLCANO

Ever since the massive and unique 200 meter (700 feet) deep volcanic vault of Thrihnjukagigur opened to the public in 2012 I have been obsessed with going there, but in the business of life I never got around to it. But last week my wife and I finally realized the dream of descending into the deep. It was even more epic than I had allowed myself to imagine.

Our trip was one of the last ones of the 2016 season as Thrihnukagigur closes for winter in the middle of October. We drove up to the starting point of the Inside the Volcano tour in the Bláfjöll mountain range, only a twenty minute drive from Reykjavik. We joined a multinational group of about 25 travellers and together we hiked the easy 3KM long path across the lava fields towards Thrihnjukar. We joked that the distant hill emerging from the fog would make a perfect lair for a supervillain, Batman or perhaps Elon Musk.

On the way, the guide Tryggvi told us all about how unique the Thrihnukagigur* really is. Magma chambers almost always collapse in on themselves after an eruption and form a caldera but for some reason this didn´t happen at Thrihnjukar when it erupted some four thousand years ago. Thrihnjukagigar is the only known exception to this rule. It wasn’t until 1974 that the full magnitude of Thrihnjukagigur was discovered when a caving enthusiast used a rope to descend to the bottom of it. How strange it must have been to descend into the deep like that! Now it is a popular destination for adventurers and geology enthusiasts alike. Both get their full money´s worth. 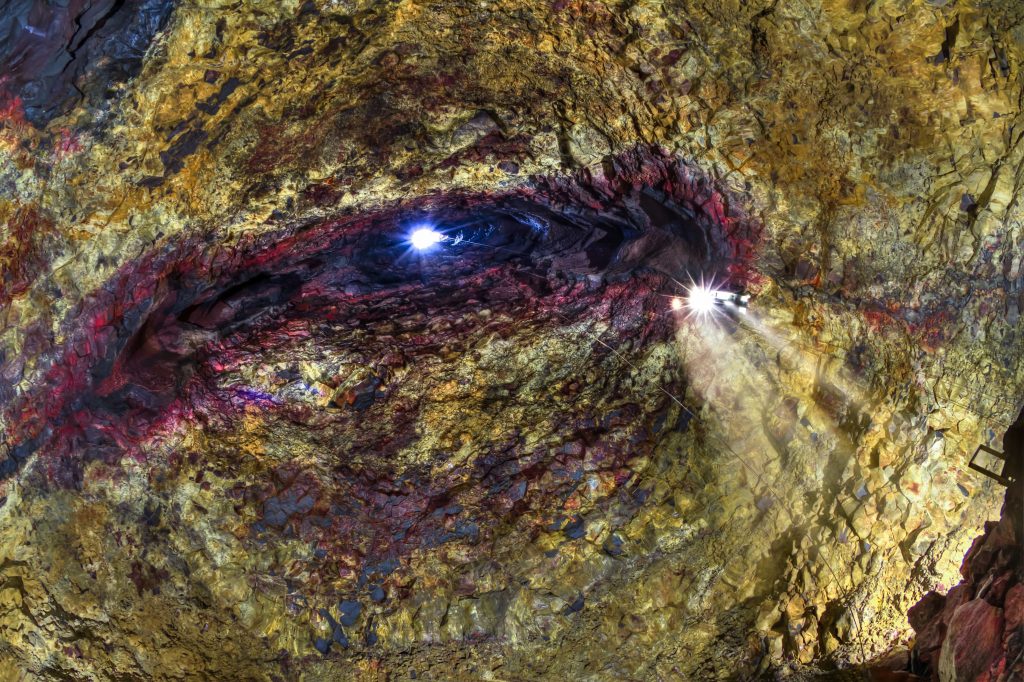 When we reached the base camp at Thrihnjukagigur we were treated to coffee and split into three groups. This means that you descend with only a few other people and you get to experience the wonder of the empty magma chamber in relative solitude. That in itself is just incredible.

I was impressed with the professionalism of the guides and the focus on safety. You descend through the narrow opening in the roof of Thrihnjukagigur in a specially made elevator and the trip down is slow and methodical. The chamber is lit up below you and pretty soon you realize how stunningly beautiful the colours on the walls of this cooled out magma chamber really are. At one point we passed a section of the wall that is covered with thick red lava formations that look like they were carefully sculpted by some forgotten Renaissance genius, commissioned to create a masterful tribute to the almighty. 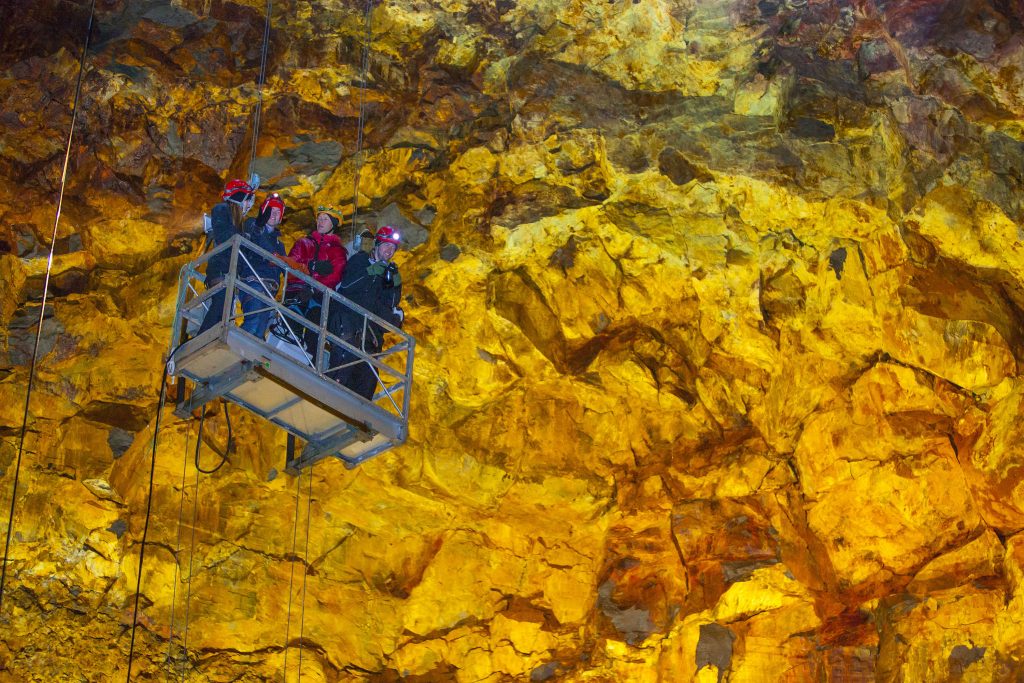 After a few minutes, we reached the bottom. Sections of the chamber that are deemed to be unsafe are cordoned off, this includes the “iPhone drop zone” below the elevator and a tunnel that apparently reaches some 120 meters into the deep to the side of the magma chamber. Descending into that tunnel is probably not for the faint of heart.

The air is cold and damp down in the chamber and since it was raining outside, droplets of silvery rain water came swirling down from the ceiling. It interacted beautifully with the high powered lights which illuminate and highlight the incredible spectrum of colours and hues inside the chamber. There’s deep red from oxidized iron, sparkling silver from silica, green from copper, deep black from tuff and so on and so forth. I walked around the chamber and explored its nooks and crannies but this underground cathedral is so massive that I hardly noticed the other people on the tour. The strangeness of being deep underground was exacerbated by looking up at the narrow opening 200 meters above which appeared like a narrow slit of light in the ceiling.

The highlight of the tour was the singing of my wife, the soprano Hallveig Rúnarsdóttir and Tryggvi the guide, of the mournful and ethereal Icelandic lullaby “Sofðu unga ástin mín” (Sleep my young love). It was very appropriate somehow for this otherworldly place. 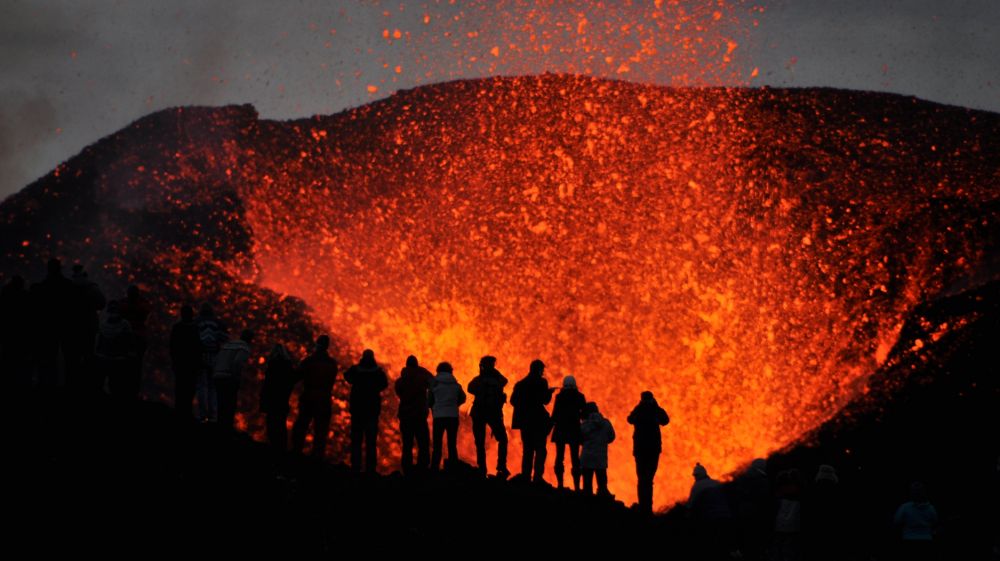