When thinking about a Tahiti vacation, two idyllic islands could be under consideration – Bora Bora and Moorea. If so, which one to choose? You can’t go wrong no matter what the decision but let’s look at some of the many attributes that a Bora Bora vacation has to offer. 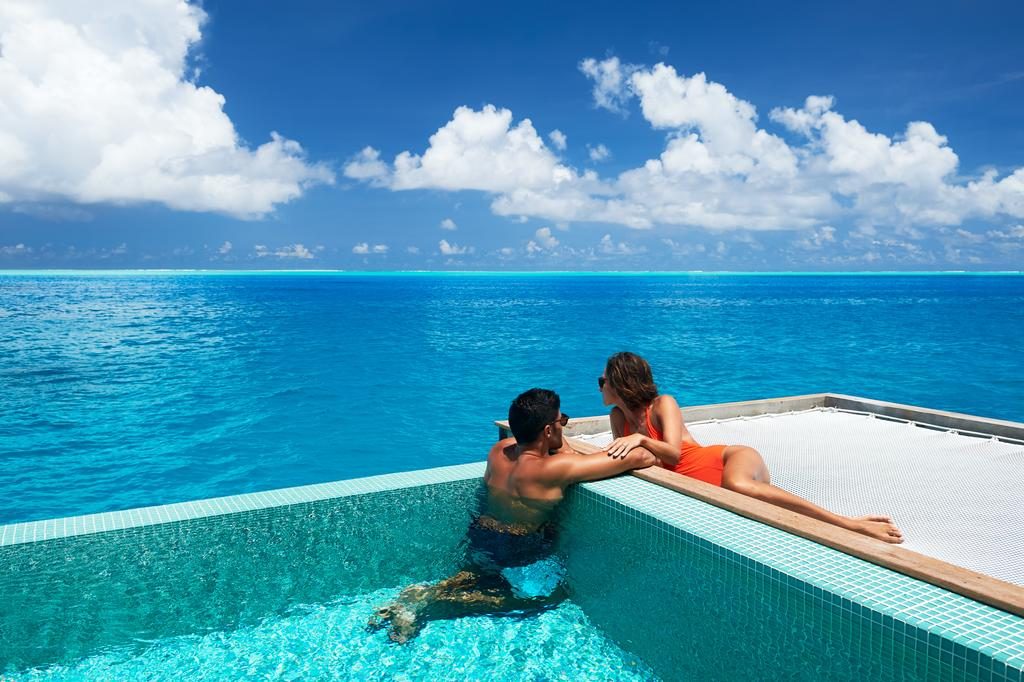 A Bora Bora vacation could be described as the ultimate romantic tourist destination. It has also been described as the most stunningly beautiful island anywhere with its striking colours of a turquoise sea and a lush green interior. The physical make up of this destination is awe-inspiring.

Bora Bora is located 230 kilometres/143 miles north west of Papeete and can easily be reached by a short plane ride. And here’s a tip. On arrival, the view from the plane window is amazing. Have your camera ready as you begin your descent and watch for the moment the iconic Mount Otemanu comes into view. 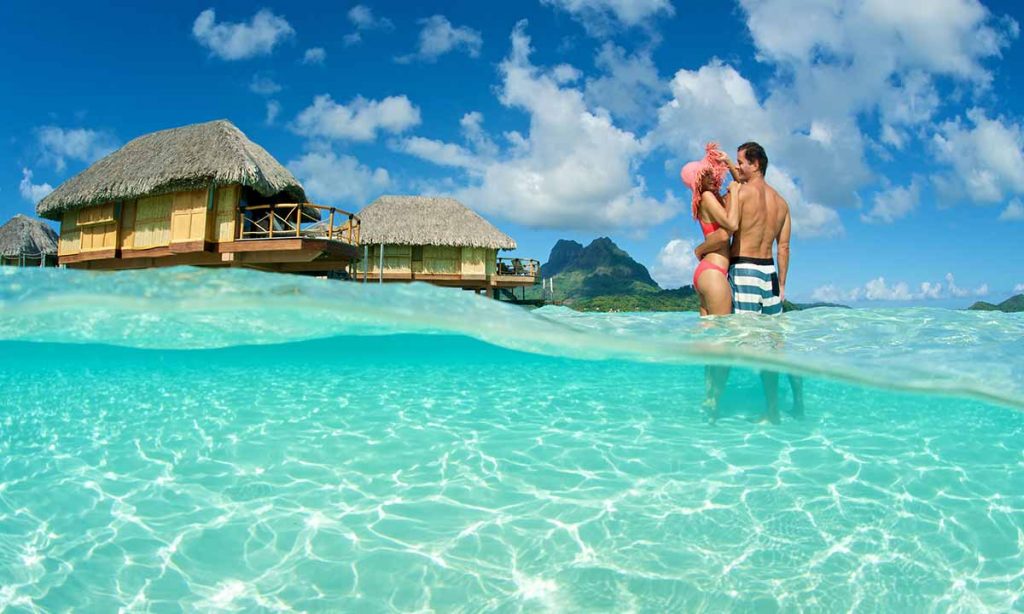 The island is surrounded by sand-fringed islets which then form a turquoise coloured lagoon around Bora Bora with protective coral reefs. Add to this a verdant mountainous interior with extinct volcanoes and you have a perfect natural paradise. It also has amazing sunsets. Everywhere you go, you will see flowering hibiscus and also coconut plantations, the latter being an important industry here.

In the centre of the island are the remnants of an extinct volcano rising to two peaks, Mount Pahia and Mount Otemanu, the latter being the highest point at 727 metres/2,385 feet. 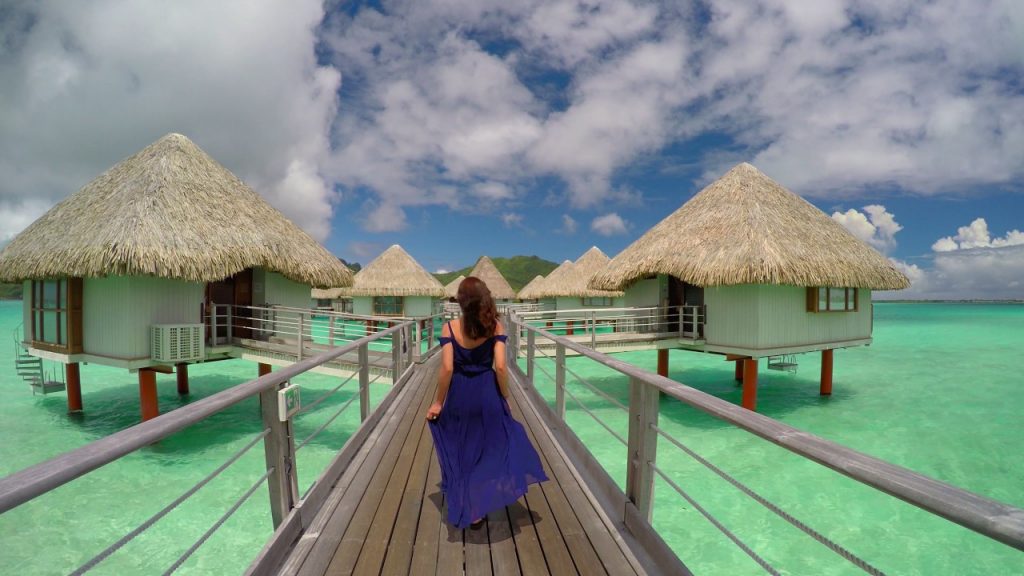 There is no public transportation on the island so to get around depends on your accommodation and its location. Several resorts are actually located on outer islands and not on the main island, hence the need of boat transportation to get anywhere. Boat transfers from these resorts to the main island or between the resorts and the airport are usually provided by the hotel. On the main island, taxis are available. The central part of the island is extremely mountainous, not easy to access and not inhabited. The island is about 32 kilometres/20 miles around and bicycles and small cars are available for rent at various sites. It is well worth riding around the perimeter of the island.

There are only 3 villages on the island plus the town of Vaitape, the only place of any size, located on the west side of the main island and home to approximately half of the total population and Matira which has the largest beach and has a number of hotels and restaurants. 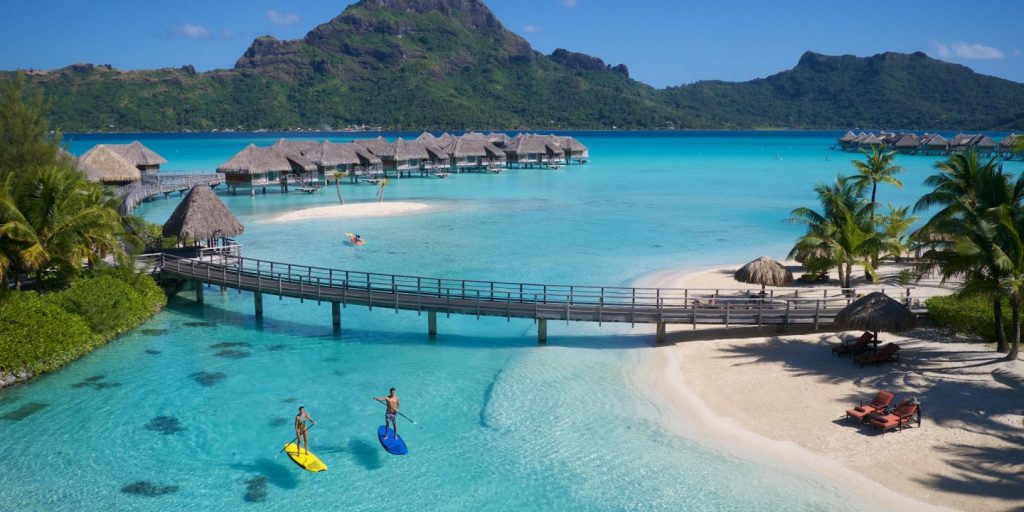 During World War II, the United States picked Bora Bora as a base for military supply, oil depot, air strip and seaplane base. They also constructed defensive fortifications around the island. Luckily though, no combat took place here. The United States Military Base officially closed in June 1946 following the end of the war. However, many Americans refused to leave the island as it had become close to their hearts. You can tour the American WWII ruins such as gun emplacements and bunkers. 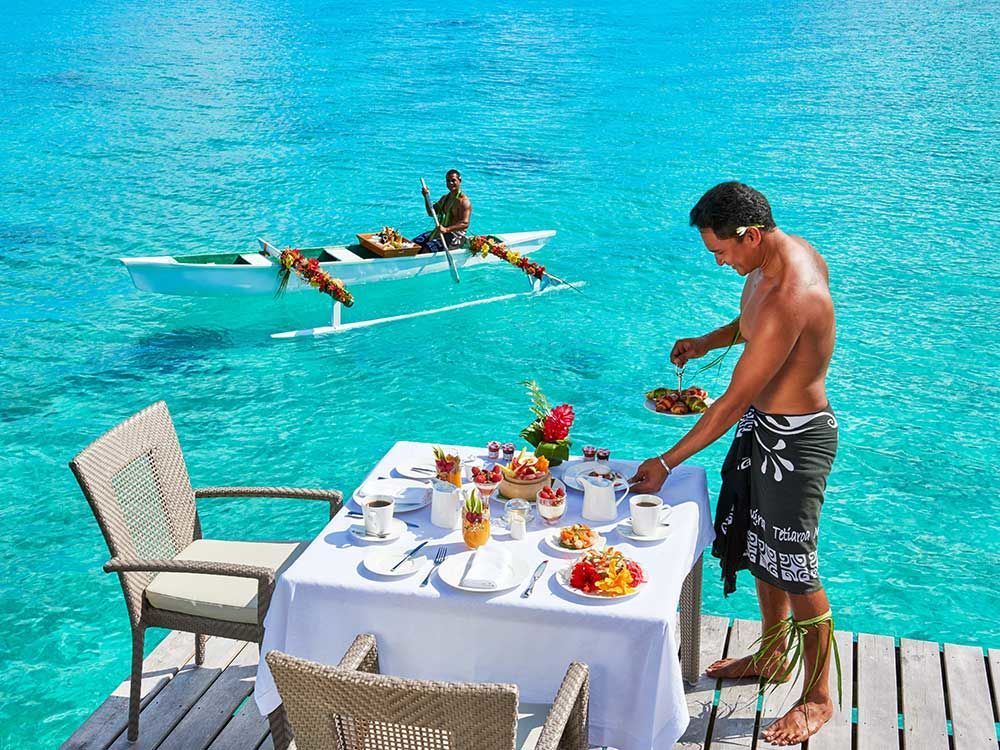 These are depicted in many photographs of Tahiti but especially in those of Bora Bora. Bora Bora was the first place to introduce the Overwater Bungalow with its traditional thatched-roof perched above turquoise lagoon waters. In many of them, tropical fish swim below as you look through the glass floor or coffee table. This type of accommodation is extremely popular revealing a wonderful tropical world that exists beneath the surface of the water.

The vast majority of activities here take place outdoors. There are no movie houses, libraries or museums to visit.

Snorkeling and scuba diving in and around the lagoon are popular activities. Many species of sharks and rays inhabit this body of water. There are a few dive operators on the island who also offer manta ray dives and also shark-feeding dives. Besides these water activities, there are many other activities like parasailing and deep sea fishing which is very special since Bora Bora is home to over 500 species of marine wildlife.

At the Bora Bora Lagoonarium, a certified diver acts as an underwater guide as you swim and come face to face with turtles, sharks, sting rays and numerous other fish. Since water is a way of life on this island, popular lagoon excursions can include snorkeling, diving, cruising, fishing, paddle boarding and Jet Skiing.

You can take a jeep tour into the interior climbing through some rough trails while experiencing some breathtaking views at the same time. Or how about a helicopter trip enjoying the views while sipping champagne poured by the pilot.